The LOVE of Grandchildren |Said Yes to the Address 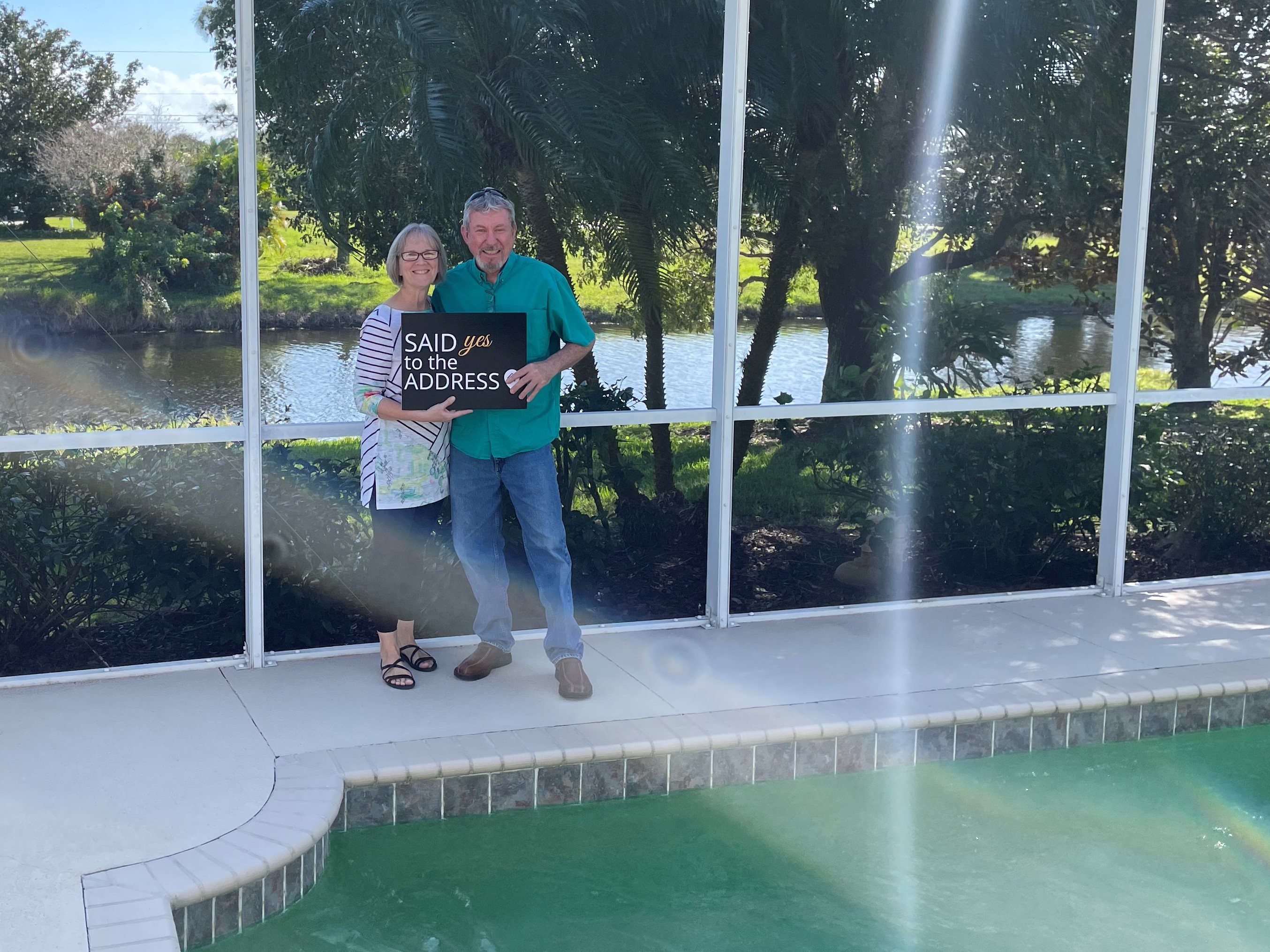 “Oh my parents are going to be calling you now that we are moving.”

“GREAT! & Thank YOU” was our response.

The whole reason these parents moved to Florida was to be close to a couple of their grandchildren. So, when the son-in-law landed a dream job and announced they were moving these grandparents knew being a couple hours away was not going to work. The parents called us and explained what they were looking for in a home. Ray and I got busy to find them a home close to their adorable granddaughters.   A nice comfort zone of ten to twenty minutes distance between them and the grandchildren would be ideal, after all they were not wanting to be right next door.  We drew a circumference range of 20 minutes around the daughter and son-in-law's home, and the hunt began! We looked at many homes. You see they had a house they liked very much, and they were not in a rush, they simply wanted to find the right home closer than a couple hours away.  They were not being picky; they knew what they wanted. And people shouldn’t feel like they are being picky when they are looking for their HOME!  This is where you will live and make memories, so it needs to feel right. Then the house hunting had a little interruption due to the holidays. When they returned from their holiday travels the right one was waiting for them. Seriously, this house was on the market an unheard of 20 days. (In today’s market that is light years.) This house was what they were waiting to find, it had a nice oversized lot, a lovely pool,  large lanai with a water view, plus a couple of options for his needed office space. It even had a unique “wouldn’t it be nice” feature. What was the unique feature? The closet did not have wire racks but rather wood shelves! YAY! And,the very BEST feature is the home is just ten minutes to the grandchildren. That’s what had these grandparents saying “Yes to the Address”.